The recent run up in Apple stock (AAPL) over the last three months has made me one happy stock holder indeed. My ill fated and much disparaged purchase last year (see comments) of the stock at $180+ had many saying that I was crazy to buy. I always had a long term view of Apple, and even though I did not anticipate its sharp fall along with the rest of the stock market, I kept on holding on to the stock. Now, I am down less than $40 per stock and have a strong feeling that AAPL is set to resume its run towards $200.

So what are the reasons for Apple’s stock run and is it worth buying now? 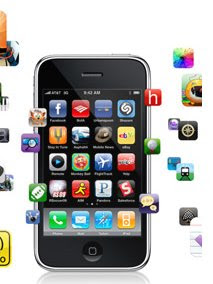 hone model and Operating System: Apple plans to introduce a new operating system that will add a number of new features like Cut and Paste, along with capabilities that application developers can use to make better software for the iPhone. The company is also expected to introduce a new iPhone model at it’s annual Worldwide Developers Conference, that will have the new software and capabilities preloaded. The new iPhone model is expected to have upgraded memory, faster processor and improved camera/video graphics. A lower price point and expanded distribution network locally and globally (see below) may also entice a number of new subscribers, which will drive sales from its fast growing App Store.

Apple is bigger than Steve Jobs: There was a lot of consternation when CEO Steve Jobs was forced to take an extended medical leave of absence due to a recurrence of his pancreatic cancer. However, the company seemed to manage without a hitch and the share price has rebounded more than 30% since the formal announcement. Steve Jobs has still been involved with various product development initiatives, but day to day running of the company has now permanently been transferred to new leadership. Once Jobs returns later in the summer, the company will have an ultra strong leadership team to drive the company’s future growth.

The Apple Media Tablet: Seeking Alpha reports that the coming Media Tablet may very well have the same positive impact on Apple stock in 2009 as the iPhone did in 2007. Apple is on the brink of adding another leg to its innovation empire as they prepare to introduce us to an entirely new product category. Manufacturing reports suggest that the Media Tablet will have a 10 inch touch screen that could be even thinner than the iPhone. It will be the ultimate newspaper/magazine replacement catering to those Internet users looking for the perfect portable reading device. Wireless connectivity will further expand the dominance of Apple’s App Store as games, books, education and news software will finally function on an ideal piece of hardware. The Media Tablet will be the first computer with the capability to utilize the App Store platform that has already generated over 1 billion downloads since it was launched in July 2008. According to the WSJ, Steve Jobs has been working on this Media Tablet from home during his leave of absence and is expected to unveil it at the Worldwide Developers Conference.

Verizon Deal: Many have been wondering what Apple and Verizon have been discussing in their confirmed meetings over the last six months; consensus speculation anticipates that Verizon might be on the verge of offering the iPhone as soon as AT&T’s (T) exclusivity deal expires. Bernstein Research analysts Craig Moffett and Toni Sacconaghi jointly took a look at this deal and they contend that adding Verizon could allow Apple to boost sales by at least 100% in units (though less revenue per unit may result as subsidies fall). Adding Verizon, they explain, could significantly increase the addressable market. It has more subs than AT&T does, for one thing. And Verizon’s customers are largely untapped, while more than 10% of AT&T’s post-paid subs already are using an iPhone at this point. Eventually, the Bernstein analysts believe, Apple will abandon the exclusive relationship with AT&T to maximize the addressable market.

Tech Sector Recovery: As the economy shows signs of growth, so too will the technology sector and Apple. The company has handled the economic downturn better than most companies and its $30 billion or so in cash reserves has allowed it to invest in product development and marketing as competitors have cut back. If history is any guide, a significant part of any increase in consumer tech spending will be directed towards Apple products and services. So as the economy recovers, so too will Apple sales and stock price.

There are off course risks with investing in a growth company like Apple and competitors will continually challenge it on the service and product front. But Apple’s large cash reserves, strong product pipeline and great leadership make it a stand out stock to own. Two ways to play the stock are to buy some December/January $180+ call options or to just buy the stock if you plan to hold for the next 3 to 5 years.